The New England Wolves are pleased to announce the commitment of Trevor Joule to SUNY Brockport for the Fall of 2023.

“I am very happy for Trevor to accomplish his goal of playing college hockey.  Brockport is getting a terrific player and a great person.  Trevor has worked extremely hard and has had a great team attitude since he joined our team last year.  I couldn’t be happier for him.” said EHL Head Coach Tim Kunes.

Joule is a NY state native, having grown up on Staten Island.  In addition, his father Steve, is a Brockport Alumni.  Joule caught the attention of the Brockport staff while participating in the EHL College Series in October.  Coach Brian Dickinson of Brockport had this to say about Trevor following the EHL's College Series, "Great to hear from you and hearing about how much Trevor liked the experience this past weekend. We had a couple of great conversations on the weekend and he’s a great kid.  We’re very impressed with Trevor’s character and play as a goaltender." 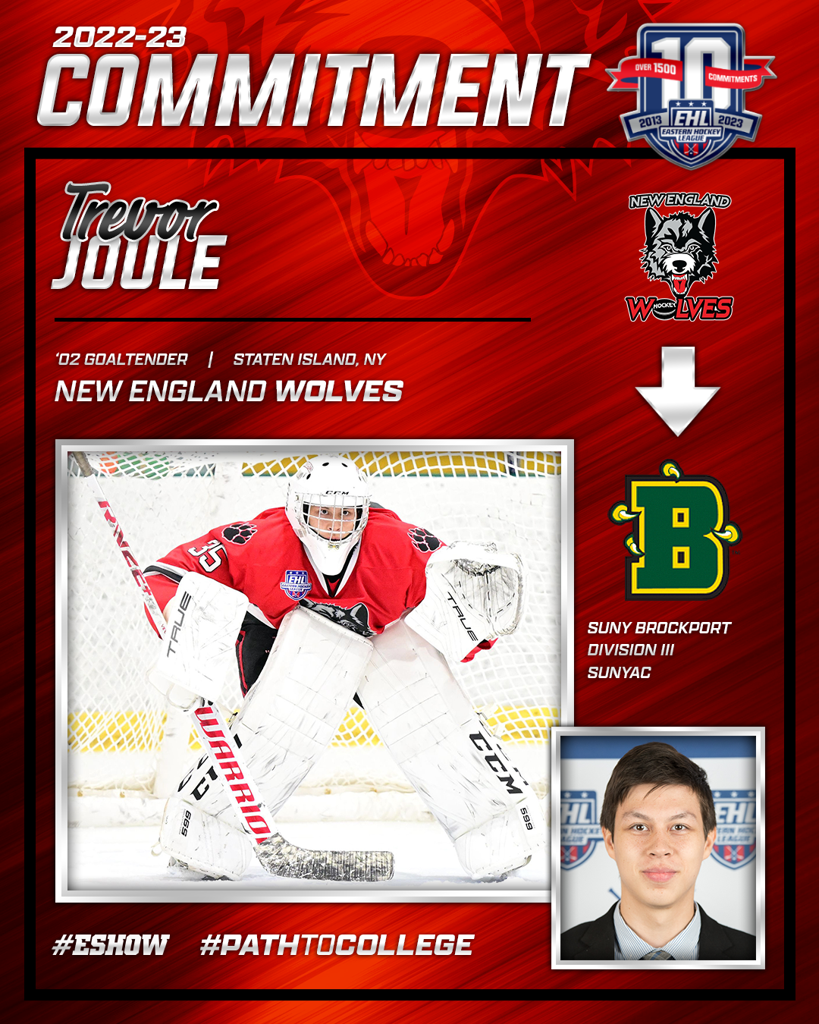