The JBT Hockey Shootout is happening on Saturday January 22nd at the Merrill Fay Ice Arena.

The game is at 630PM that Saturday in an EHL matchup versus in-state rivals, the Seacoast Spartans. We have recruited a roster of 10 Shooters to raise money and show off their skills (or lack of) for a great cause.

You get one puck in the first round of the Shootout (1st Intermission) just for signing up.

All shooters who score in the First Round qualify for the Championship Round (2nd Intermission).

Extra pucks don’t carry over to the Championship round.

This event is entering its 7th year , with the Shootout beginning its 6th year of operation.  Here is a link to the Cure Starts Now Foundation site … Basically, we lost John Bradley Thompson 7 ½ years ago to a Brain Tumor called DIPG … He’d be 13 today, in the middle of his Freshman year at Gilford.   We had a blog during John’s battle which provides more perspective … www.thinkjohnbradley.com.

DIPG is rare and devastating, however, many oncologists believe that the research on this type of tumor will ultimately lead to finding a Homerun Cure for all Cancers.  It’s not going to happen this year, probably not next year … But I believe in my heart that it will happen.   This foundation will play a role in Curing Cancer and, by getting involved with this event, you’re fueling this fight and pushing this educated and effective research in a positive direction.

Get involved today and support this one of a kind, special event!! 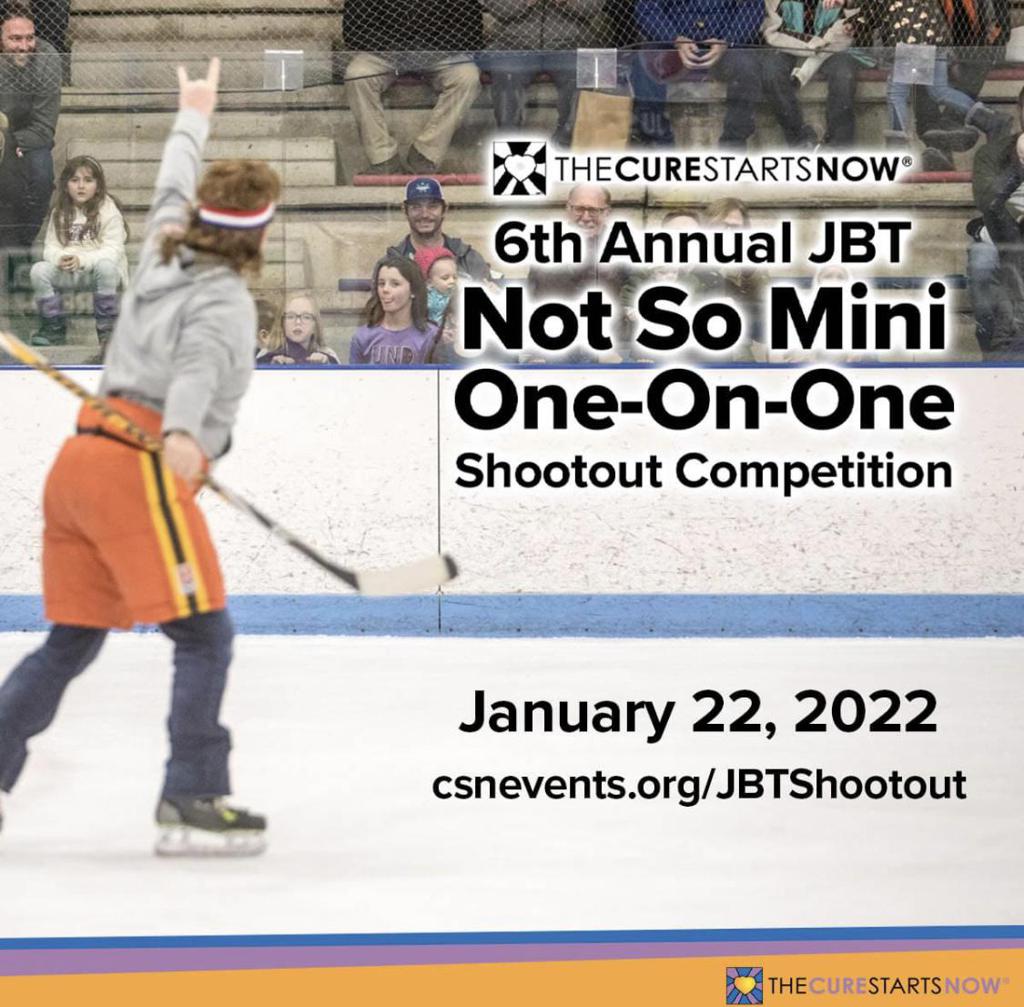