The New England Wolves are pleased to announce the commitment of Brendan Ogle to Southern New Hampshire University (NCAA DII- NE10) for the fall of 2021.

Southern New Hampshire University is a private university between Manchester and Hooksett, New Hampshire. The university is accredited by the New England Commission of Higher Education, along with national accreditation for some hospitality, health, education and business degrees. With its online programs expanding, SNHU is one of the fastest-growing universities in the United States.

Wolves EHL Head Coach Tim Kunes commented, “Congratulations to Brendan Ogle on his commitment to play college hockey.  He was a key contributor for our team this season.  We wish him the best of luck next year at SNHU”.

Ogle joined the Wolves in January 2021 after spending two full seasons, 73 games played, with Chippewa in the NAHL .  In his time with the Wolves, Brendan registered 12 points in 14 games while playing a solid 200' game.  Brendan's father Kevin commented, "Brendan's time with the Wolves was short. However, coaches Kunes and Trimble gave him every chance to grow, develop and excel at his game. I couldn't have ask for a better opportunity for my son. Thank you."

The Wolves wish Brendan tremendous success in the next stop on his journey both athletically and academically, and look forward to watching him play his college hockey here in New Hampshire.

“I want to thank the Wolves for making my short time with them great. I really believe they put me in a good position to grow as a player, and gave me every opportunity to be seen. I'm excited to move forward as a Penman! ” said Brendan Ogle. 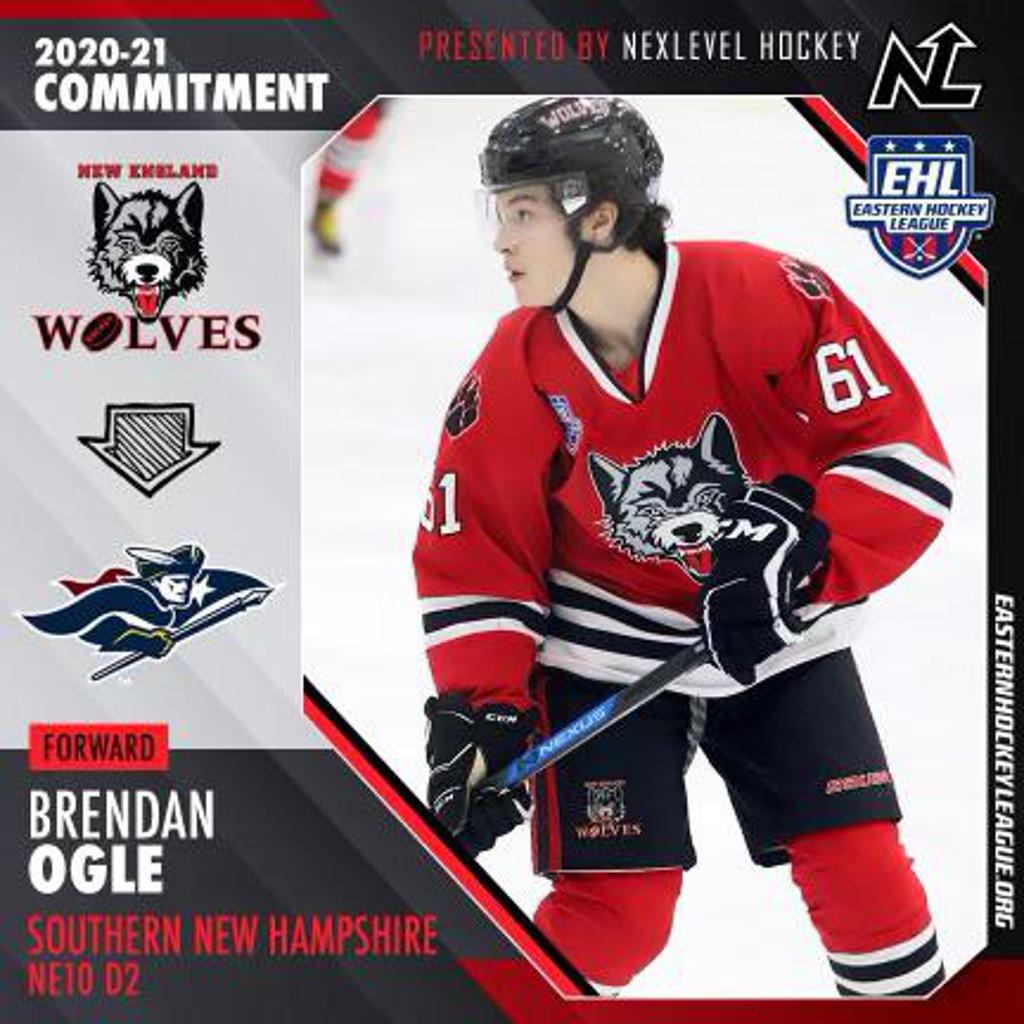