The New England Wolves U14 team continued its standard of excellence in 2020-21, capturing its second league championship in 2 years (2018-19 won NEPHL), and earning its first berth to USA Hockey Nationals.  Here is a look back on what they accomplished:

* +27 in Goal Differential in GSL Play

* According to MyHockeyRankings- 4th in New England and 137 overall in the country.

* Paolo Vazquez stood out in nets.  Leading the team in wins and recording 1 Assist on the season.

* 8 game unbeaten streak during the season

The Wolves are very proud of the effort of the U14 New England Wolves.  A team with a healthy mix of Central and Northern NH hockey players that came together and battled through a difficult year that had to be paused and restarted due to COVID protocols.   Moreover, the team was forced to travel over an hour to Waterville Valley weekly for practices and games, but pushed through it to emerge as champions.   Great job team!  Looking forward to reaching even greater highs in 2021-22! 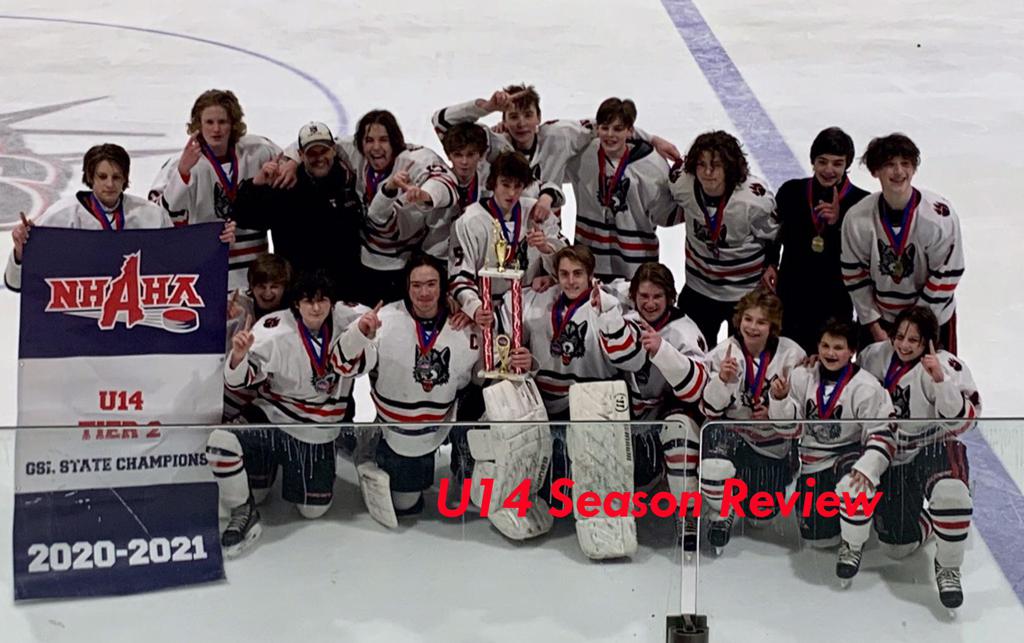