Newell is What EHL Teams ‘Look For'

LACONIA, NH -- While the Eastern Hockey League (EHL) entails 17 teams scattered in the Northeast, players from around the globe aren’t shy about lacing up the skates for the Junior “A” league.

According to New England general manager Andrew Trimble, 90% of the Wolves’ EHL and Eastern Hockey League Premier (EHLP) levels are skaters from outside of the state of New Hampshire. That also includes goaltender L.J. Newell.

The Littleton, CO native shared his Road to the EHL and why it’s unique.

For the record, Littleton is just outside of Denver, where the National Hockey League’s (NHL) Colorado Avalanche play. Newell expressed that his interest in hockey started at a young age while the Avs were a Stanley Cup caliber team during the early-2000s.

The Avalanche were “what was on the television” at the Newelll household, while the youngster admired players like Joe Sakic, Peter Forsberg, and goaltender Patrick Roy.

“I watched guys like Roy and David Aebischer and thought those guys look awesome with their equipment and that’s where it started from,” said Newell.

Something as simple as watching an entertaining masked man such as Roy later motivated the youngster to start “messing around” in goalie gear with his dad in either the driveway or garage.

The rest was history. 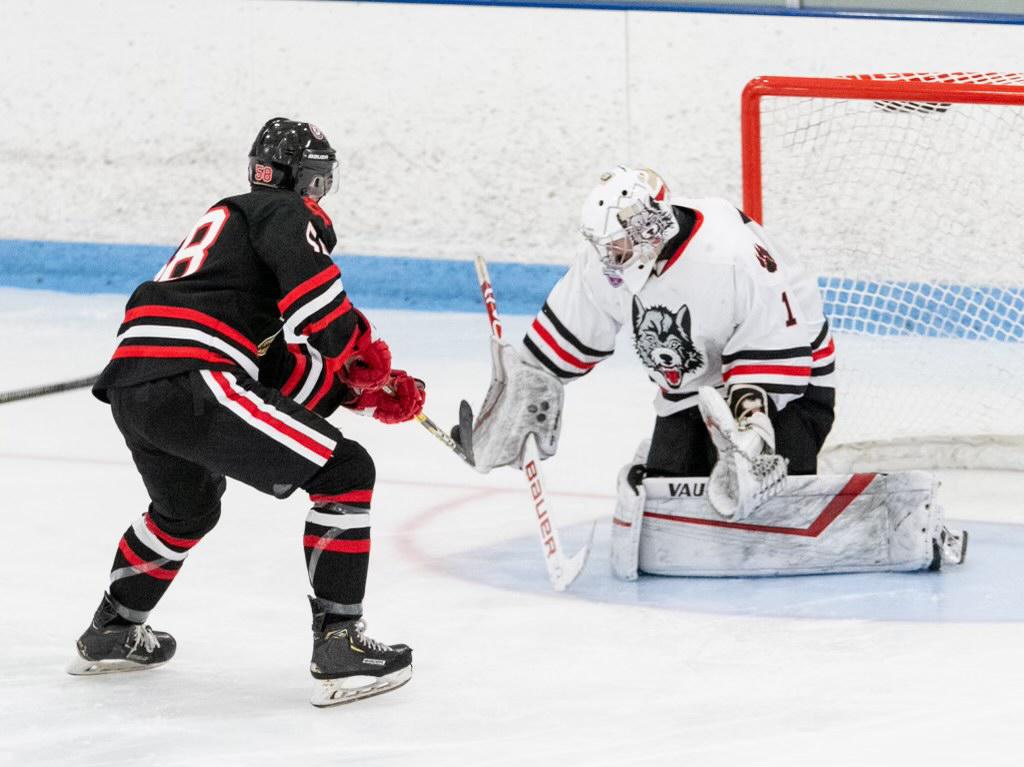 Goaltender LJ Newell, a native of Denver, has been a key reason for the success of the New England Wolves this season.

Newell’s fun times of strapping on the pads in the driveway quickly escalated to the roller rink, which was his first time playing organized hockey. At 10-years-old, the current EHL masked man later jumped to the ice and it’s clear that his Junior hockey path was likely unique compared to other EHL players.

“I like to think that my hockey story is different than a lot of guys,” said Newell. "Because I wasn’t playing at the highest level and I didn’t play “AAA” when I was young. I just always kind of played at the level that I could and see what opportunities I could get in order to get to the next level.”

After standing tall between the pipes for the University of Denver’s youth programs, Newell then dressed for his High School and the Superior RoughRiders of the Western States Hockey League (WSHL). What’s interesting is why the 6-foot goaltender chose the RoughRiders, who are based in Colorado.

“I played for a team that was still in Colorado so that I could graduate from my High School,” said Newell. “I know it’s not a popular decision amongst hockey players and a lot of guys leave the house early to pursue different opportunities, and for some guys I think that’s exactly the right move, but for me the right move was to stay at home. I could graduate from High School and I don’t regret that at all and am glad that I did that.”

It seemed that Newell faced adversity after graduating. He was finally searching for a new home and outside of Colorado.

“After High School, I went to a couple of different showcases and didn’t have anywhere to play,” said Newell. “Then I got an offer from Wentachee, WA, to play U18 out there. It was an awesome experience and my first time out of the house.”

Newell spent one season in the Pacific Northwest with the Wenatchee Wolves “AAA” squad of the North American Prospects Hockey League (NAPHL), while posting an 8-2-0 record in addition to his 1.66 goals-against average.

Not bad for the first time leaving home, right?

Newell’s impressive showing in Washington urged him to start looking at a higher level and one that earned attention from NCAA hockey programs and scouts.

“After a good year, I was looking for my next place to play and keeping colleges in my mind,” said Newell. The 2000-birth year then thought to himself, “Where are all the (hockey) colleges at?”

Newell recalled and acknowledge that most collegiate institutions that offer NCAA hockey are located in the Northeast and on the East Coast. Additionally, “getting scouted” also played a key role in that realization.

The Washington coaching staff contacted EHL teams – one of which was New England and head coach Tim Kunes.

It’s clear that the Wolves and Newell have embraced each other with the goal of developing in mind.

“I’ve been very impressed with not only L.J.’s play on the ice, but also with his character,” said Kunes.  “He’s proven to be a top goalie in the EHL and leader for our team.”

Entering the holiday season, the second-year Wolves goaltender has 6-5-0 record and owns one shutout for the 2020-21 campaign. Keep in mind that the Wolves are in the playoff picture for the New-England Conference (NEC) and sit in 5th place for the standings (11-9-0-22PTS).

“What they provide for me is very important,” said Newell. “We have so much ice time and even last year when I was younger and not being in as many games, but I had plenty of practice time and to get better and refine my game. That was a big part and why I decided to come back for a second season.”

Trimble also commented on what the experience has been like with Newell in the organization, overall.

“L.J. is a terrific example of a what we look for in a player for our program,” said Trimble. “Players from California to Colorado to Florida to Latvia and Northern Quebec have embraced our Academy 'Den of Development' model that is truly unique in North America.”

Additionally, Newell showed his appreciation for the EHL and its dedication towards helping players advance.

“For the league, they do such a fantastic job at getting us in front of the scouts,” said Newell. “They do such a great job making us the ‘product,’ per se.” 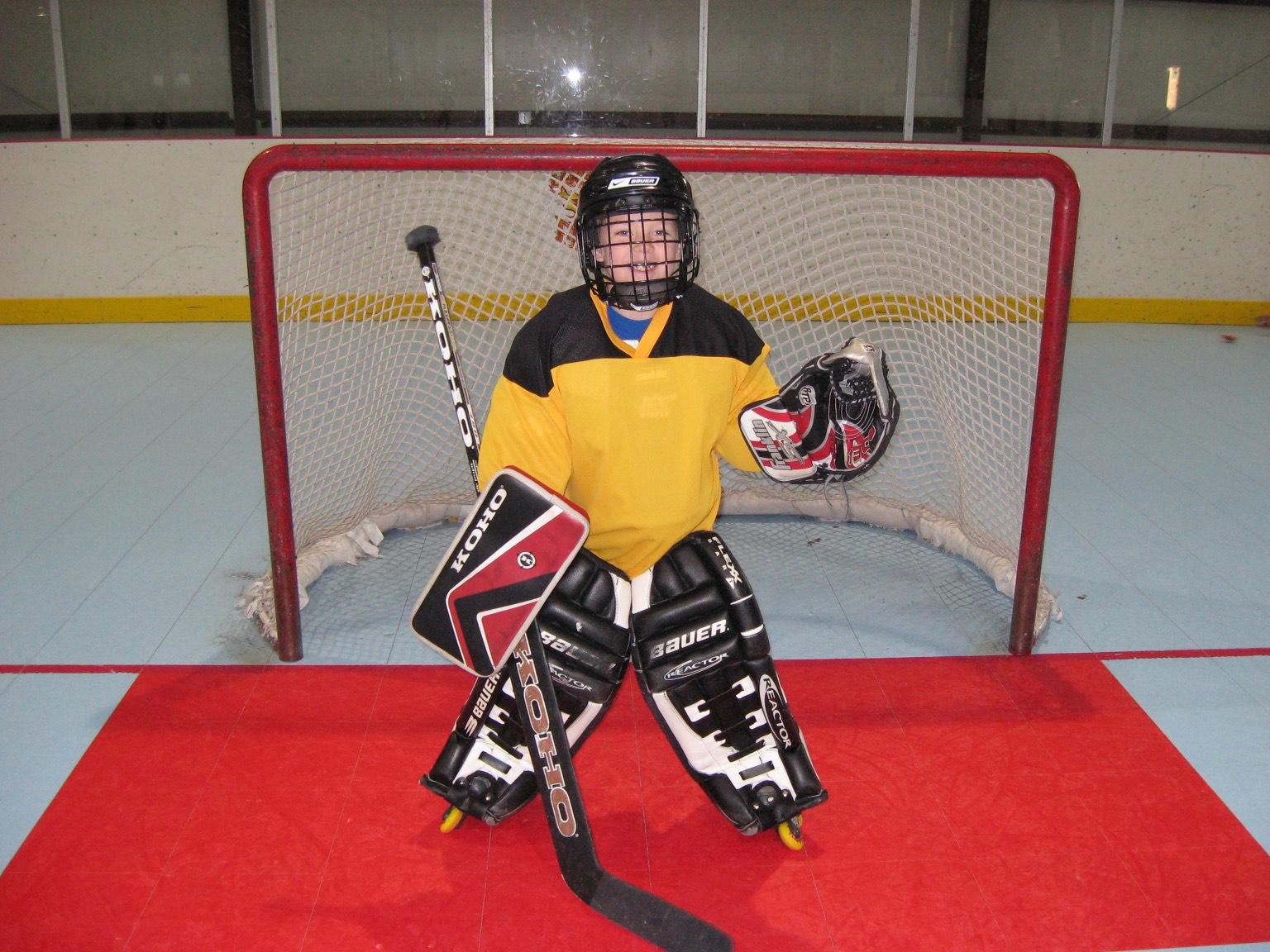 L.J. Newell as a young goalie growing up in Littleton, CO, where he was a big fan of the Avalanche. 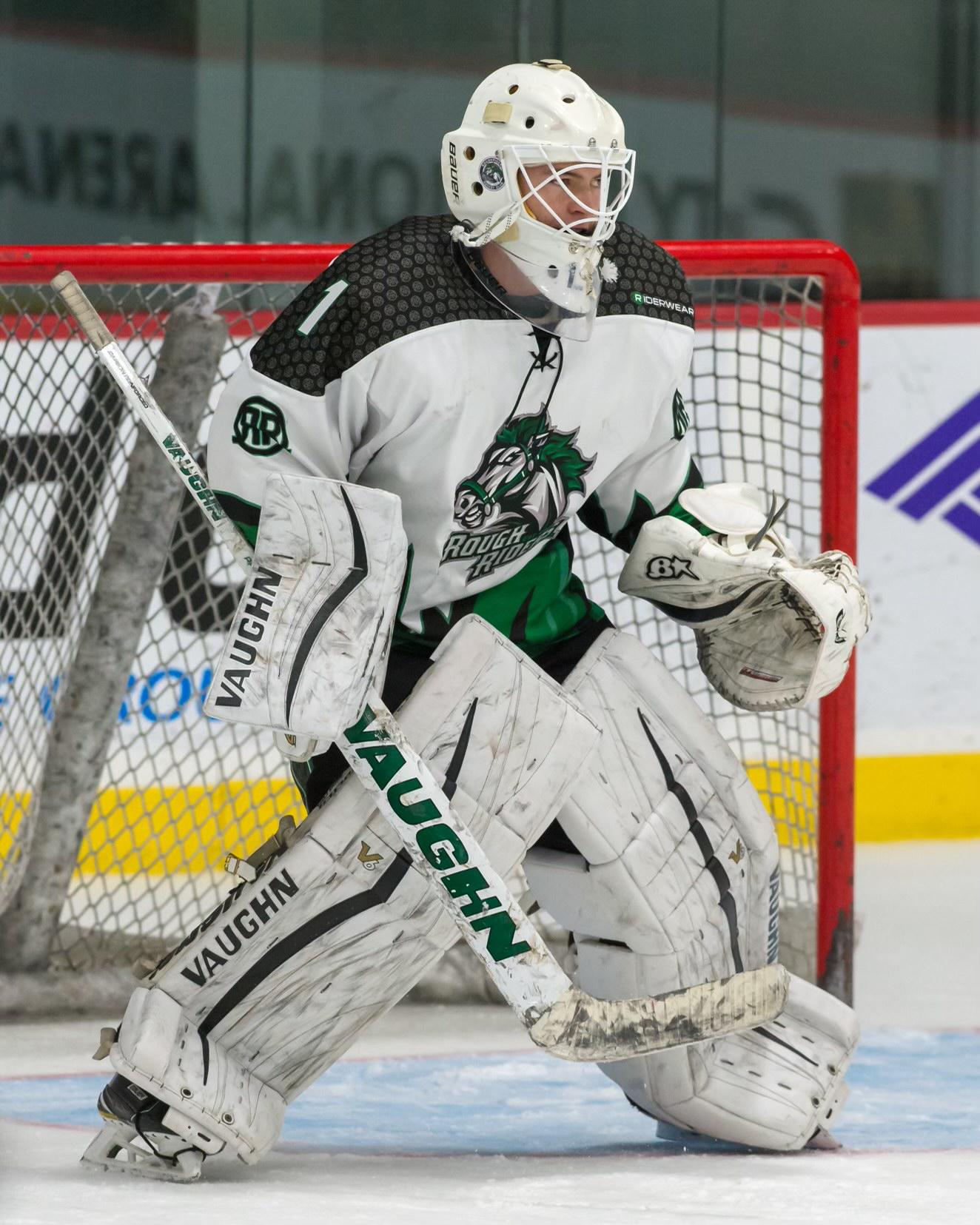 After high school, Newell tended goal for the Superior RoughRiders of the Western States Hockey League. 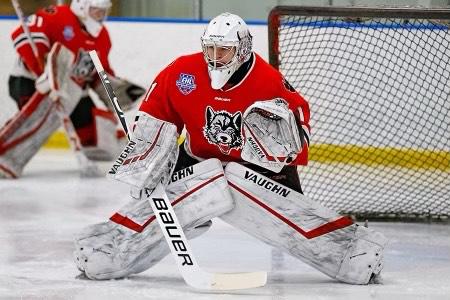 Entering the holiday season, the second-year Wolves goaltender has 6-5-0 record and owns one shutout for the 2020-21 campaign.

AWAY FROM THE RINK

When Newell isn’t displaying his athleticism between the pipes for the Wolves, the goaltender assured that his Denver roots are still strong with him. So, yes, he’s an “outdoors guy” and enjoys hiking, skiing, and recently took interest in snow shoeing. Better yet, he currently works at a ski shop in Laconia not far from where the Wolves play.

After Junior hockey, the goaltender hopes to study nursing in college. It’s likely not a surprise that a goaltender also aspires to help others.

“I love science and nursing is a way to serve others and I think that would super fulfilling and that’s what I want to do.”

At the time of writing, Newell’s 420 saves rank third for the EHL, and it’s apparent the next time he lands a new home that he’ll serve that institution well both on and off the ice.