Bjornlund and Matejka Named Student-Athletes of the Year

All 55 players that are being honored excelled both on and off the ice this past season. Along with the All-Academic Teams, Tiger Bjornlund (EHL - Philadelphia Revolution) and Andreas Matejka (EHLP - New England Wolves) are also being recognized as this past season's Student-Athletes of the Year in their respective divisions.

"This is our third year recognizing a group of top student-athletes, but also the first time we've named a set of full All-Academic Teams. I believe this recognition truly shows how dedicated our players are both on and off the ice," said Ken Hodge, the league's Coordinator of Hockey Operations. "On behalf of the league, I would like to congratulate Tiger and Andreas on their individual honors, as well as all of the rest of the players that were awarded for their academic excellence."

As for Bjornlund, the 2000-born native of Bethesda, MD made strides in his second season in the EHL. After tallying 18 points in 39 total games during the 2018-19 season, Bjornlund went out and notched 26 points in 35 total games this past year. Off the ice. The skilled defenseman boasts a stellar 4.7 GPA, to go along with a near-perfect 35 score on the ACT.

"It has been a pleasure working with Tiger for the past two seasons, both on and off the ice," said Revolution head coach Jon Rogger. "He is one of those players that is as equally focused on his school work, as he is on his hockey career. He has been talking to a few high-end NCAA academic hockey schools, where he has already been accepted. I am positive that he will make a great impression on both his coaches and future teachers. Wherever he lands, they will be getting both an excellent player and student. Tiger really deserves this award and I couldn’t be happier for him. I look forward to seeing what the future holds for our defenseman."

Back for his second season with the Wolves, Matejka also saw his production improve from year #1 to year #2. After notching 15 points in 46 total games during the Wolves 2018-19 championship run, the '01 native of the Czech Republic came back with an even 41 points in 41 games this year.

Matejka immigrated to US when he was just nine years old, and of is many talents, he can speak four different languages, which are English, German, Russian, and Czech. When you tack on a 4.4 GPA, a 32 ACT, and a 1410 SAT, Matejka was a lock as the first-ever back-to-back Student-Athlete of the Year award winner.

"Andreas Matejka is an excellent definition of a Student-Athlete," said Wolves head coach and general manager Andrew Trimble. "He is fully invested in both aspects of his life. In his two years so far in Laconia he has set an amazing example for his peers. Of his accomplishments he helped us win a title and then served as a team captain. From a recent All-Conference selection, to winning this award for the 2nd straight year, the future is so bright and we are very proud of Andreas."

Below you'll find a breakdown of each All-Academic team roster, highlighted by this season's pair of Student-Athletes of the Year. 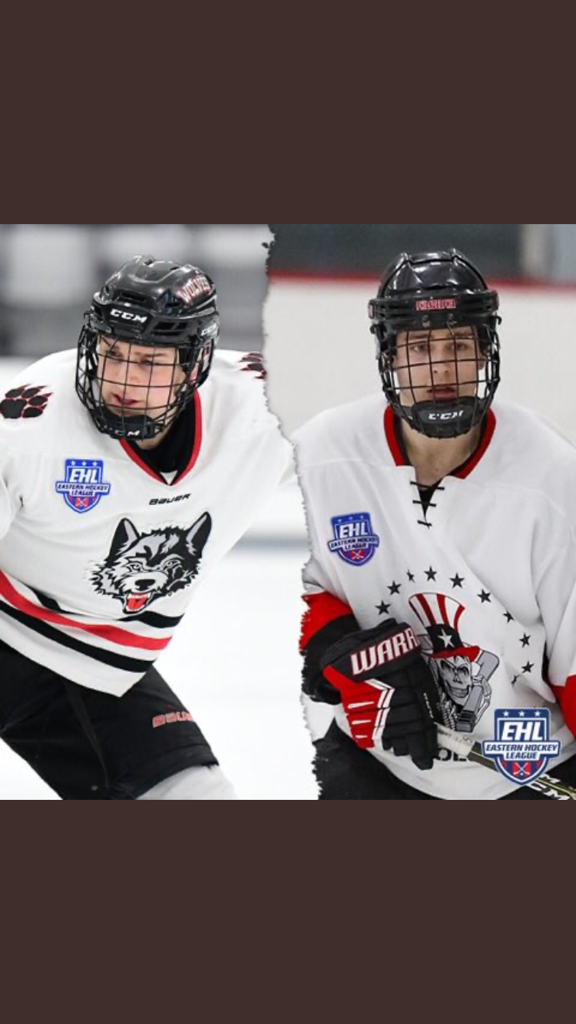