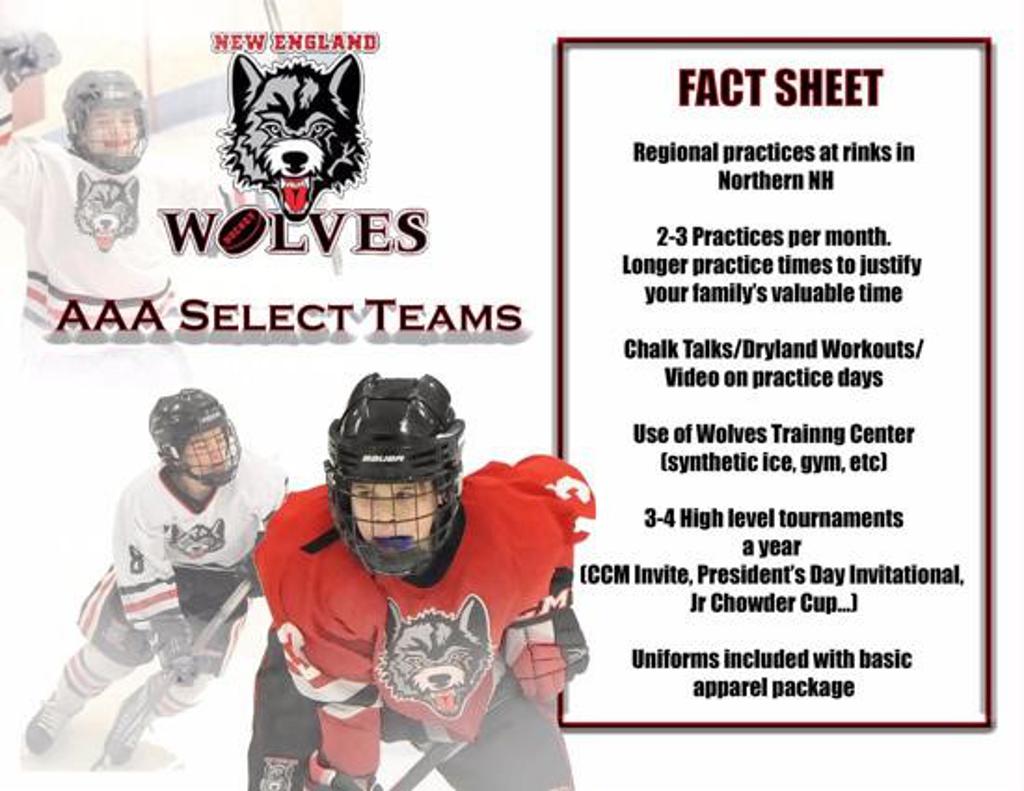 The Wolves are pleased to announce the return of Patrick's Pub and Eatery in Gilford, NH as the official Game Day Promotional Sponsor for the 2022-23 season.  Patrick's was the sponsor in the 2019-20 season, prior to the pandemic limiting viewing capacity for the Wolves Jr home games.

Patrick's Gift Cards will be provided to host families, raffled off on game day contests, promotions and more, at many of the Wolves home EHL & EHL Premier games.

"Patrick's Pub and its owner Allan Beetle, do a tremendous job of supporting local events and businesses here in the Lakes Region.  This promotion was a lot of fun and created a buzz in the building during the 2019-20 season." said Wolves General Manager Andrew Trimble.  "We are really looking forward to having this promotion again in Laconia and making our Game Day's the best in the Eastern Hockey League."

Make sure to follow the Wolves on Social Media, and come out to the Wolves Junior Games all season long.  Great opportunity to see future college stars in action, and support local business!

Dating back to the 2014-15 season (the Wolves first in the EHL), the New England Wolves have set the pace in bringing in international talent and moving them onto higher levels of Hockey.  In the 9 seasons between 2013-2022, even with a limited number of International spots available due to USA Hockey restrictions, the Wolves have consistently, each and every season, identified talent from outside the US, brought them to US Junior Hockey, and seen them flourish.  Some of these players include:

Sam Russell (England) - Wolves 2018-19 went right from the EHL to representing the United Kingdom at the 2019-20 WJC (serving as Assistant Captain), then onto Pro Hockey in the UK.

Connor Klees (Norway) - Wolves 2019-20, went right from the EHL to Pro in Norway with Narvik Hockey.

The Wolves are extremely proud of the international players who have utilized the development model that the organization provides.  Moreover, the modern style of play, put in place by Wolves Director of Player Development Tim Kunes ( an 8 year Professional Player in Europe) meshes well with International players.

These players (and many more) have flourished in the Wolves program, and we wish them all success.  GO WOLVES!

The New England Wolves are pleased to announce "Try Street Hockey for Free Day" at the Merrill Fay Arena on Friday June 17th, 2022.

Activities will commence at 6pm on the cement surface of the Merrill Fay Arena.  All participants must bring (and wear) a Helmet (with Faceshield or Cage), Gloves, and Hockey stick.  All participants will get a Free T Shirt, and need to sign a waiver at the rink prior to playing.

After a brief introduction and stretch, the players will be divided into two teams and jump right into playing games.

"Prior to the pandemic, I held a street hockey camp at the rink that was a ton of fun." said GM Andrew Trimble.  "I am excited about bringing back street hockey, and getting kids enjoying hockey without having to put skates on. "

Participation is capped at 50 participants.  If you would like to get your son or daughter on the list to participate email GM Andrew Trimble- scoringconcepts@gmail.com