At barely five-seven Jake Drucker may be the smallest hockey player in his league, but he plays like a giant on the ice.

But his energy disappeared one morning in 2017. Unlike the usual soreness that comes from five-hour days on the ice, and repeated body checks into the boards, Jake’s pain felt like a slapshot to the leg.

Doctors in the Department of Orthopedics at Montefiore discovered a tumor was quietly and aggressively eating away at Jake’s femur.

With hockey season fast approaching, Jake had less than three months to get his atrophied right leg back up to speed so he could qualify for his team, the New England Wolves.

Today, Jake has rejoined his pack and is back to being a playmaker on the ice – lacing up and facing off with the best of them.

Andrew Trimble, New England Wolves Head Coach:“Jake came into our program and has been a key ingredient in our teams making the playoffs. He is the first person on the ice to practice and the last to leave. He takes extra reps and will bike after games for hours until you have to kick him out of the rink. Jake is an incredible young man with a bright future” 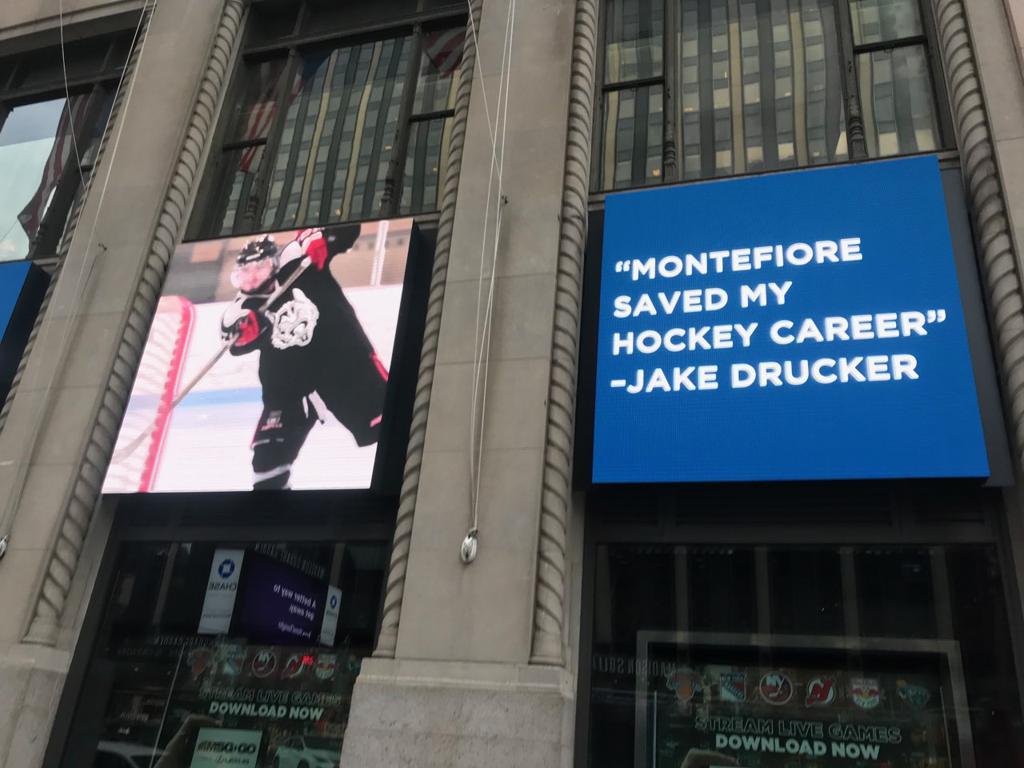