State Tournament Round- Up

The U18s, after finishing the season with a 9-5-2 record headed to Conway, NH for their Tier III playoffs and played their hearts out for Coach Mike Potenza.  Game 1 was won in a shootout, followed by a stunning goaltending performance in a 53 save shutout by Anthony Eustice in Game 2.  The semi-finals pitted them against Plymouth, as the Wolves walked away with a 3-1 victory.  In the finals, the Wolves battled extremely hard, but ultimately fell one goal short, losing to NH East 2-1.

Special thanks goes out to the players and parents, but also Coach Mike Potenza.  For the 3rd straight year the 18s have produced outstanding results including the undefeated 2020 regular season (COVID) where they did not have a playoff champion, and then two back to back finals appearances in 2021 and 2022.

The U16s entered the state tournament as the #1 seed with a 16-0 regular season.  With a National tournament berth in their sights, the Wolves swept the playoffs 4-0 enroute to the NHAHA Tier II U16 championship.  Coach John Guerin and John McKenzie did a tremendous job with this group throughout the season, and in particular during the state playoffs, as they defeated much larger programs in NH Monarchs (6-1), Northern Cyclones (3-1), Granite State Wild (8-2) and Northern Cyclones again in the final (7-2).

The tournament wins provides them with a chance to compete in USA Hockey's Tier II U16 National tournament held in Amherst, NY (Buffalo) March 30- April 3, 2023. 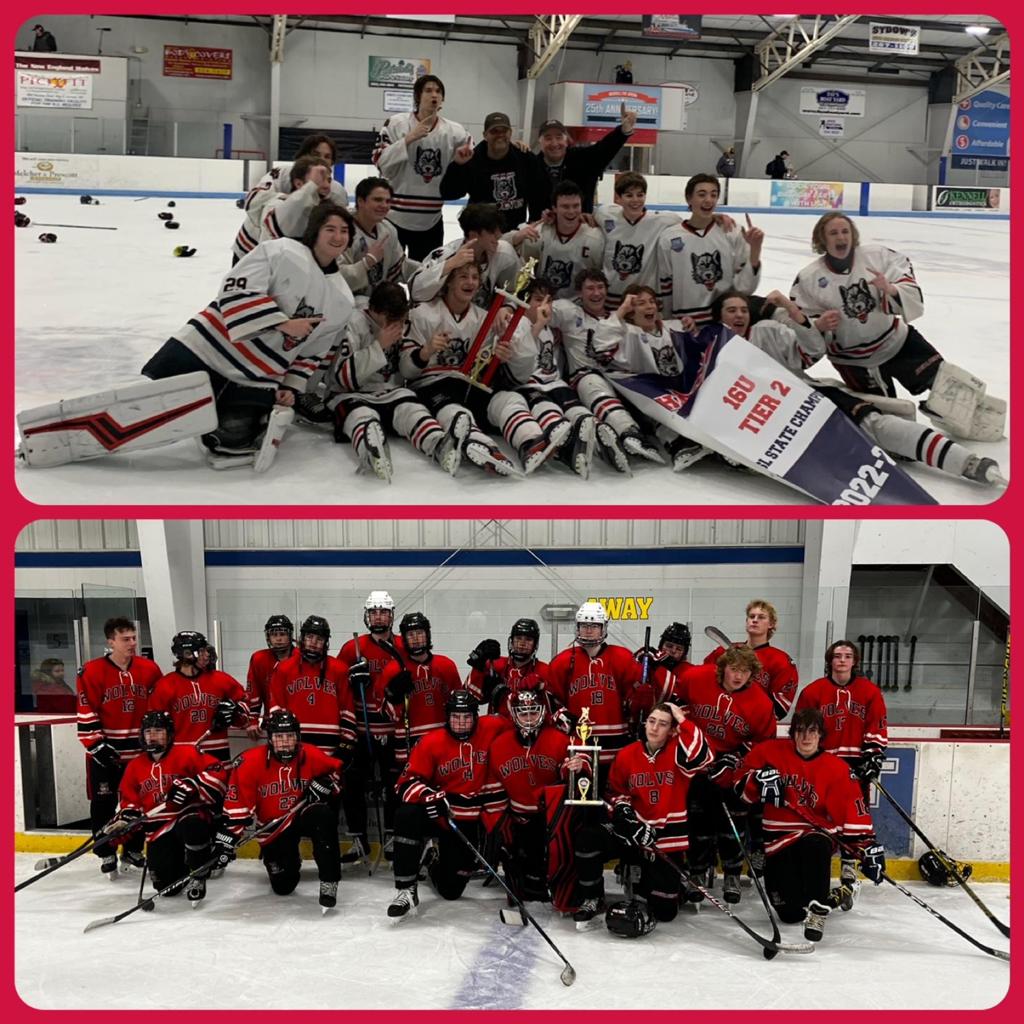