Ryan Durocher coached with the Wolves  in their inaugural EHL season (2014-15), and has since gone on to stops in Professional hockey, the USHL, and NCAA Division 1 hockey.  This season he has been hired as the Director of Hockey Operations at Colorado College.

Zach Lubinski coached for two seasons with the Wolves, both in Waterville Valley and in Laconia from 2015-2017.  This past summer he was hired at his alma mater, SNHU, as the new assistant coach under Sean Walsh.

Congrats Ryan & Zach!  Youre going to do great things!! 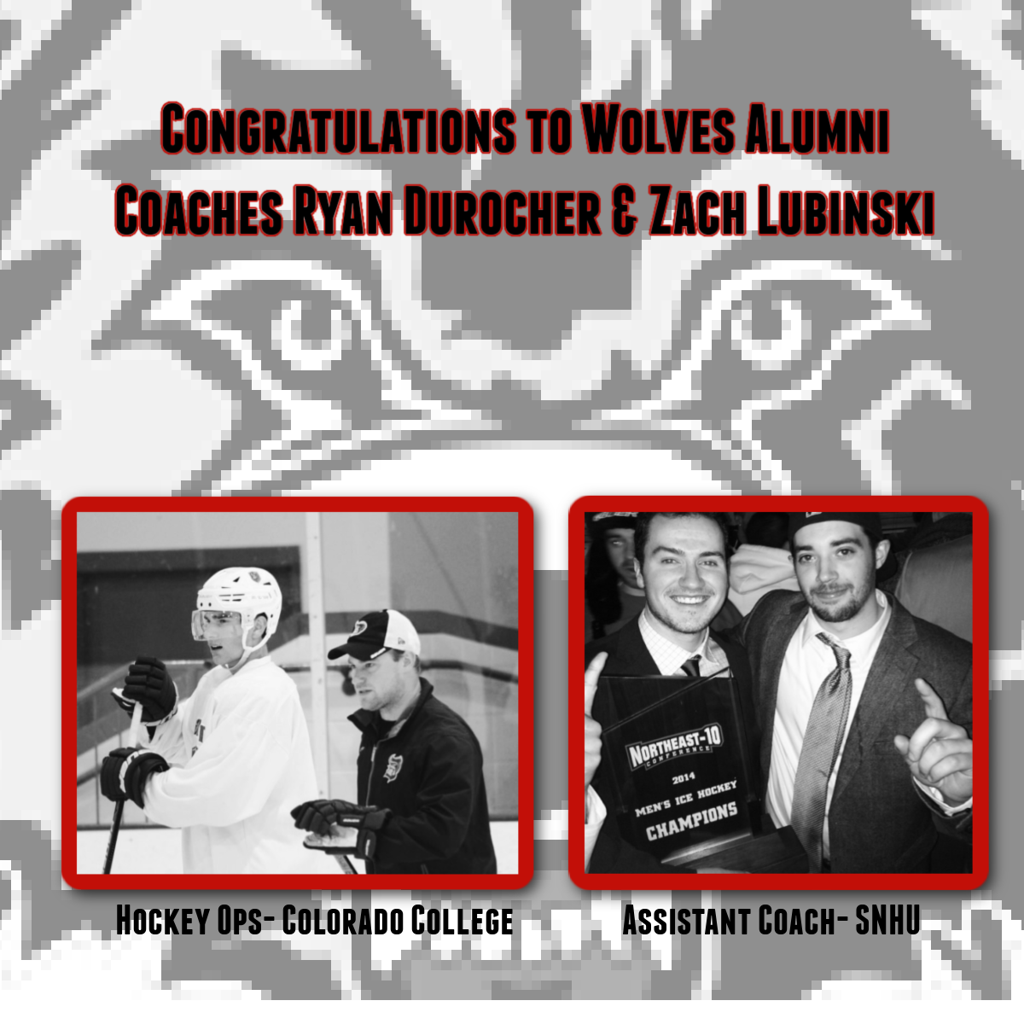