BOSTON, MA -- The Eastern Hockey League (EHL) is pleased to announce the roster for the 2021 All-Star Team that will be taking on Curry College and UMass Boston. The matchup with Fitchburg State was unfortunately cancelled this season due to COVID, but will hopefully return into the mix next year.

This season marks the 4th time that the EHL will be facing-off against an NCAA opponent, and the #EShow is the only junior league in the United States that features this unique opportunity.

"This event brings with it one of my favorite weeks of the season," said Neil Ravin, the Associate Commissioner of the EHL. "Our players get the chance to play college hockey RIGHT NOW, while they're still developing at the junior hockey level. The response we've received over this annual event from the NCAA Division II and III community has been amazing, and I hear from so many people about how the dates are always circled on the calendar."

This year's roster features at least one individual from every team, along with a nice mixture of new and veteran players in the league.

For the 2021-22 season the Wolves will be represented by Julius Kvandal and Ricards Jelenskis.  Congratulations! 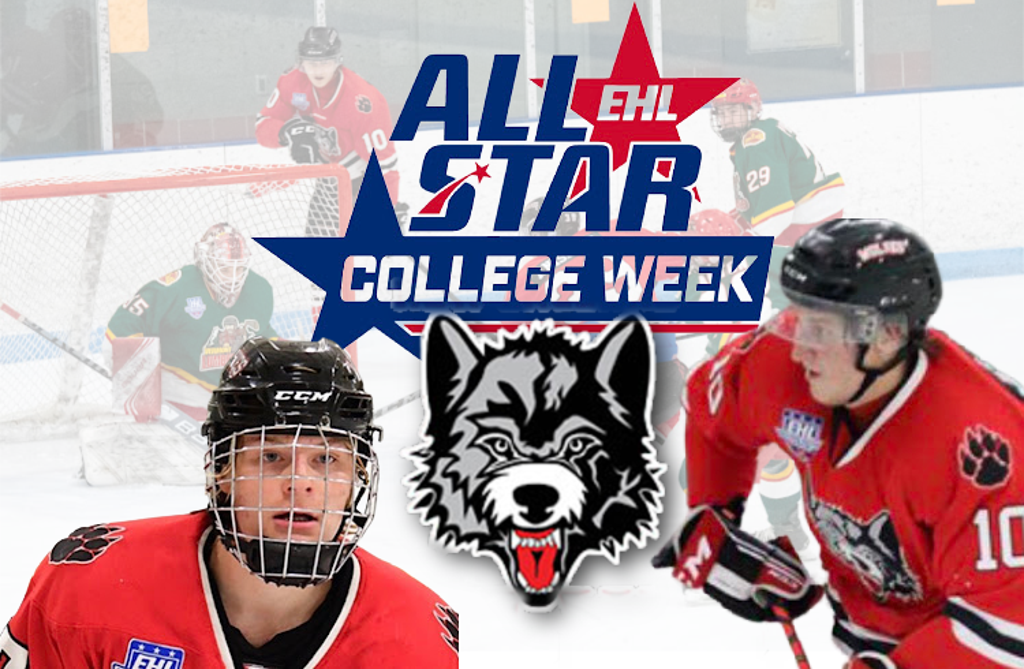