Along with the showcases, this upcoming season will also feature two all-star events in the EHL, and an all-star game in the EHLP.

The showcase and all-star dates and locations are listed below.

Following the end of the 2021-22 regular season, postseason play will begin in the EHL and the EHLP in early March.

The playoffs will then conclude once again at Providence College, as the dates for the 2022 EHL Frozen Finals are set for March 30th to April 3rd.

Stay tuned for more updates throughout the summer, as the #EShow prepares for another milestone season. 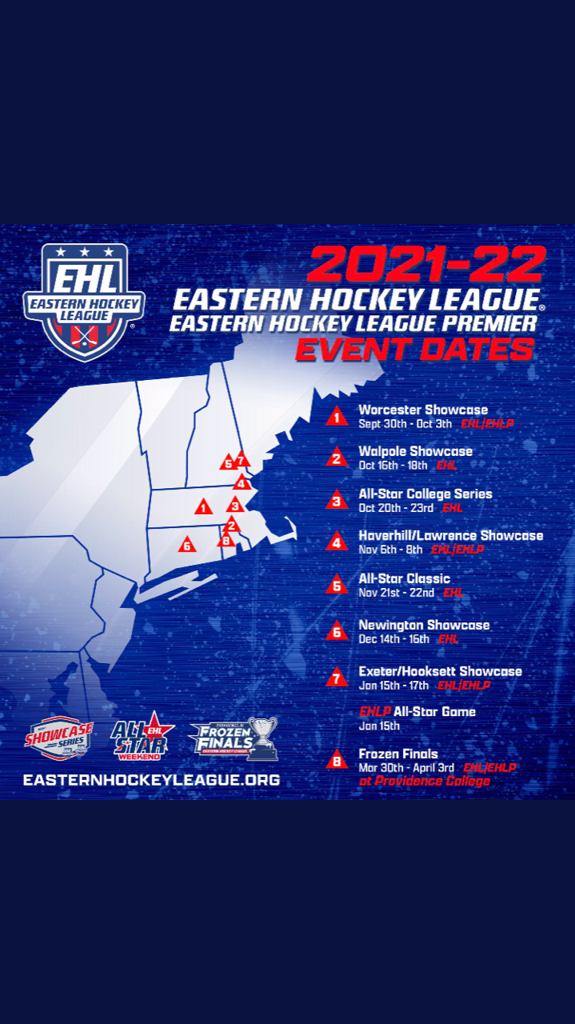