The New England Wolves are pleased to announce the commitment of Andrew Lantry to SUNY - Potsdam for the fall of 2021.

Lantry, a native of Brasher Falls, NY, played a season in the EHLP before moving onto the EHL this past season with the Wolves and recording 6 points in 29 games as one of the leagues top penalty killers.

"Andrew has a great work ethic and is a great teammate." said Wolves EHL Head Coach Tim Kunes.  "I'm very happy for him to get his commitment to SUNY Potsdam.  Andrew was a very important player for us this season and wish him the best of luck next year."

Lantry adds to the growing list of Wolves college placements this season, with more still to come.  "The Wolves program helped me become a better athlete and person during my time there." Lantry commented.  "The coaching staff is committed to making players become better on and off the ice throughout all levels of the Wolves organization." 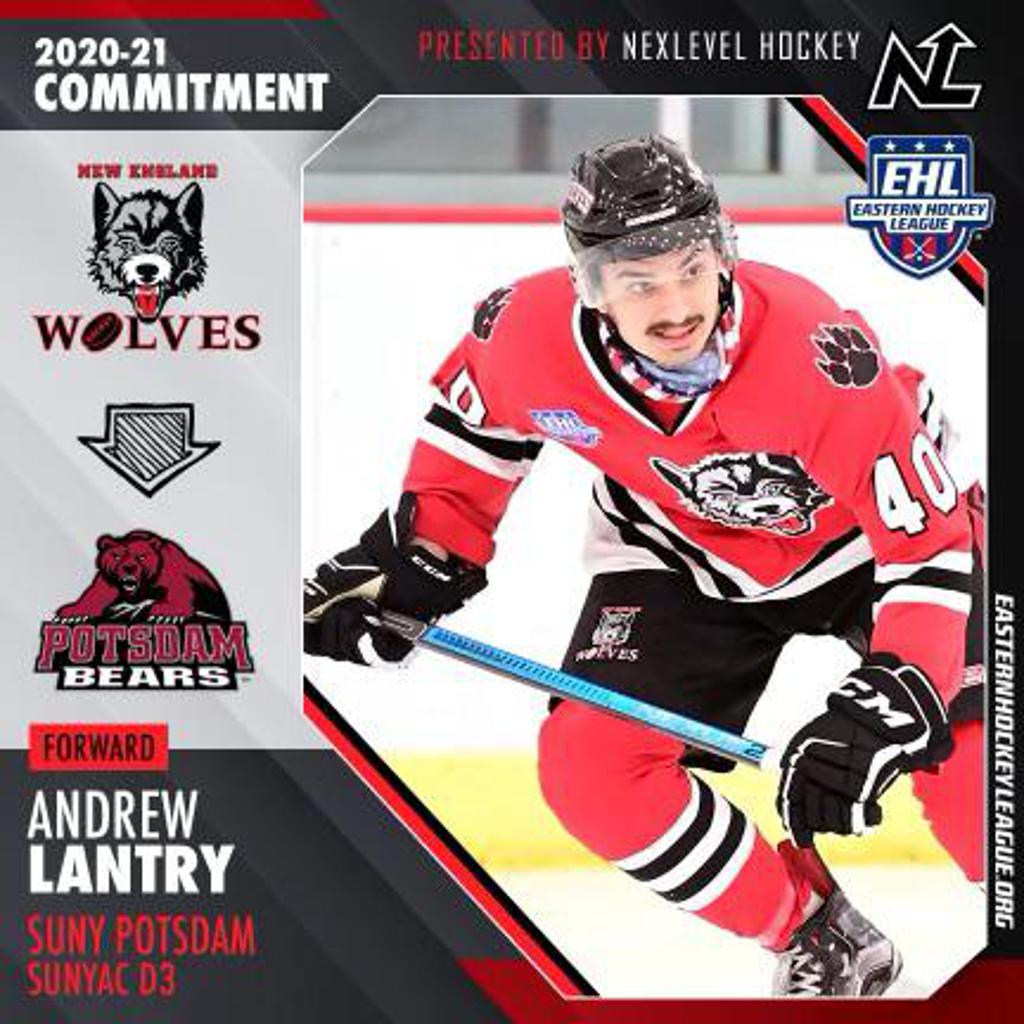