The New England Wolves are pleased to announce the commitment of 2000 birth year defenseman Kevin Bite to Johnson and Wales University starting in the fall of 2021.

Johnson & Wales University is a private university with its main campus in Providence, Rhode Island. Founded as a business school in 1914 by Gertrude I. Johnson and Mary T. Wales, JWU currently has 12,930 graduate, undergraduate, and online students across its campuses. The university is accredited by the New England Commission of Higher Education.

Bite came to the Wolves at the start of the 2018-19 season and began his career at a forward.  He was converted to a defenseman mid-way through the 2019-20 campaign, and took off in the 2020-21 season playing on the backend.  In addition to being an Alternate Captain on the EHL team, he was awarded multiple defenseman of the week honors in the EHL and a 2nd Team ALL- EHL honor following the 2020-21 regular season.

EHL Head Coach Tim Kunes commented, "I'm very happy for Kevin and his family.  Kevin has improved so much in our program since he started here.  All his hard work and development has paid off.  This season he was a top defenseman in the EHL.  JWU is getting a great kid and player.  We're going to miss having Kevin on the Wolves". 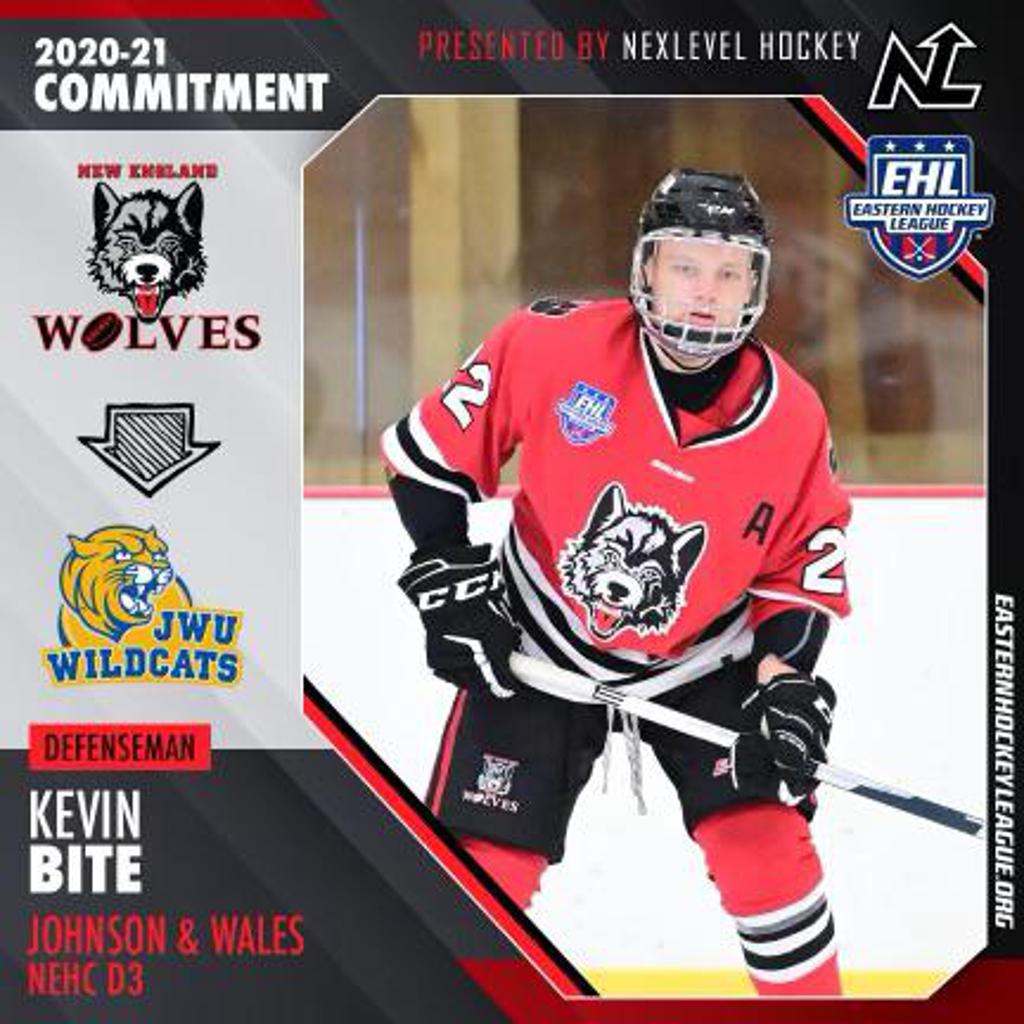