The Wolves will again be offering its high quality Split Midget teams that help prepare players for HS hockey, while also developing athletes and competing for split season championships!

The Wolves will be coached by Mike Potenza.  The Program features:

* Use of the Wolves Training Facilities

* Entry into League with Playoffs and Tournament

So far in 2020-21 the Wolves Youth Hockey teams have enjoyed stellar seasons, each with a dedication to player development.  Some highlights so far for the 2020-21 season include:

* U14 participation in the Fall Beast Showcase

All tryouts are run by the Wolves Coaching Staff including EHL Head Coach Tim Kunes, and General Manager Andrew Trimble.

Players and Parents are encouraged to Pre- Register using the PayPal link on the homepage of the Wolves website. Tryout costs are only $15! 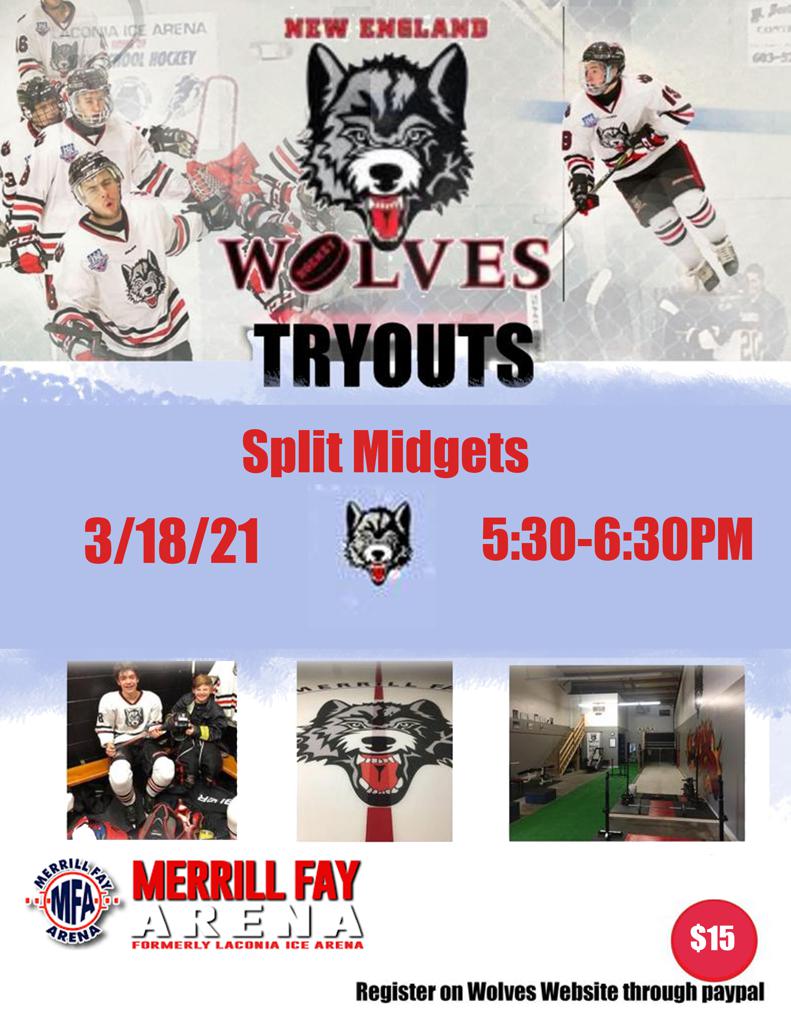