The New England Wolves are pleased to announce the commitment of 2000 birth year Russian Forward Sergei Anisimov to Suffolk University for the Fall of 2021.

Suffolk University is a private research university in Boston, Massachusetts. With 7,560 students, it is the eighth largest university in metropolitan Boston. It is categorized as a Doctoral Research University by the Carnegie Classification of Institutions of Higher Education. It was founded as a law school in 1906 and named after its location in Suffolk County, Massachusetts.   The Suffolk University mens hockey team competes at the NCAA DIII level in the NEHC Conference.

"Sergei is a big, strong forward who has the ability to play up and down a lineup." commented Wolves GM Andrew Trimble.  "He has been a terrific addition to our locker room culture, and we wish him continued success at the college level." 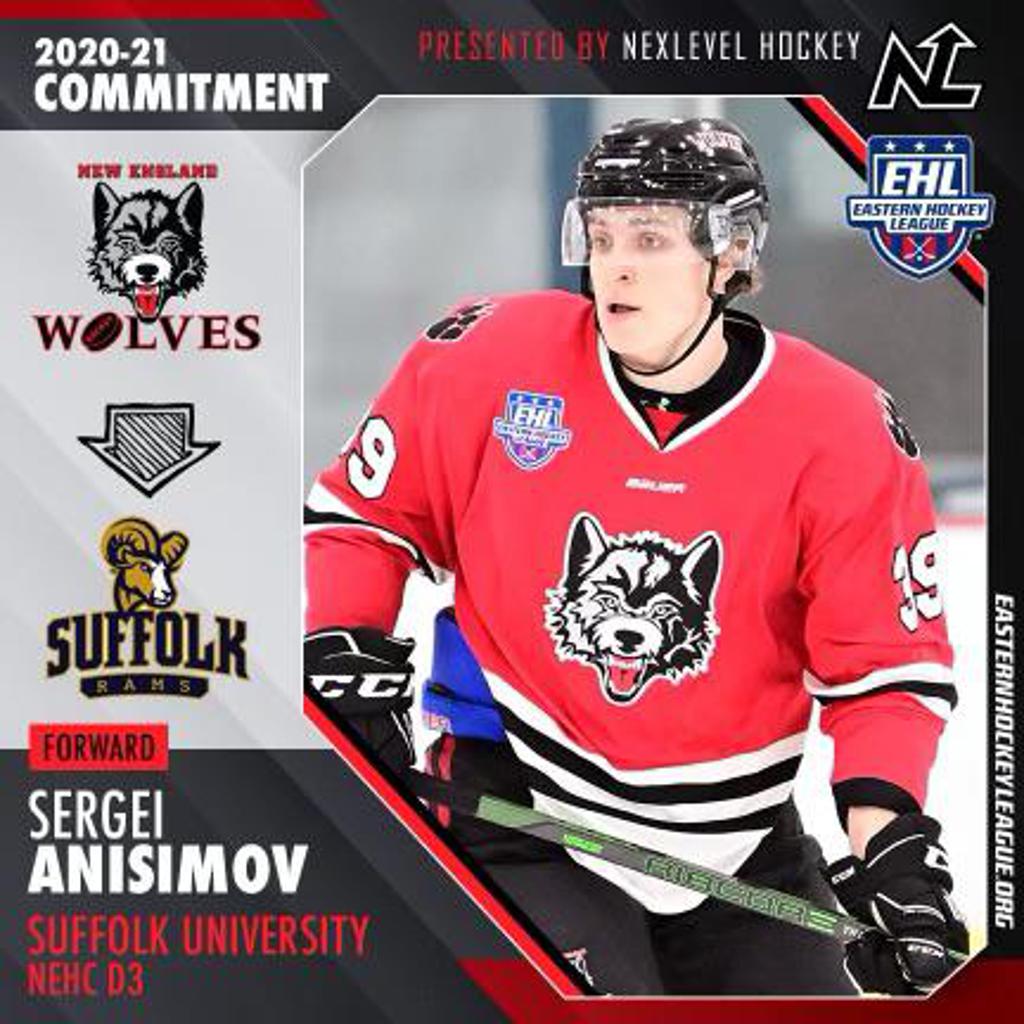