After starting the year with the Wolves (his 2nd in the program), netminder Colin Larson fainted during a team workout session in Gilford, NH.  He was taken to the hospital and underwent several critical tests that determined he had an (at the time) undetected cyst that was causing pressure on his spine, nerves and brain.   Later in the fall, back in his home state of Georgia, Colin underwent brain surgery to remove the issue, so that he can return to normal life.

We had a follow up with his mom, Shannon, recently and she had this to say:

Colin is doing better.  He has been going to pt.  They usually keep him for an hour at a time and he had exercises to do at home.   He still gets wobbly sometimes but that is definitely better than it was.   He is doing well for only being a month out.   They will do another scan at the 6 month mark to make sure the cysts on his spine have moved and cleared and to monitor the ventricles.   He is still taking tylenol and ibuprofen alternating, but normal doses.  I hope you guys are well and had a wonderful Christmas!  Take care!!

The Wolves want to wish Colin and the Larson Family, a very special Happy Holidays and for Colin to keep fighting.  One day soon we hope he can return to the ice with a Wolves Jersey on and continue to play the game that he loves! 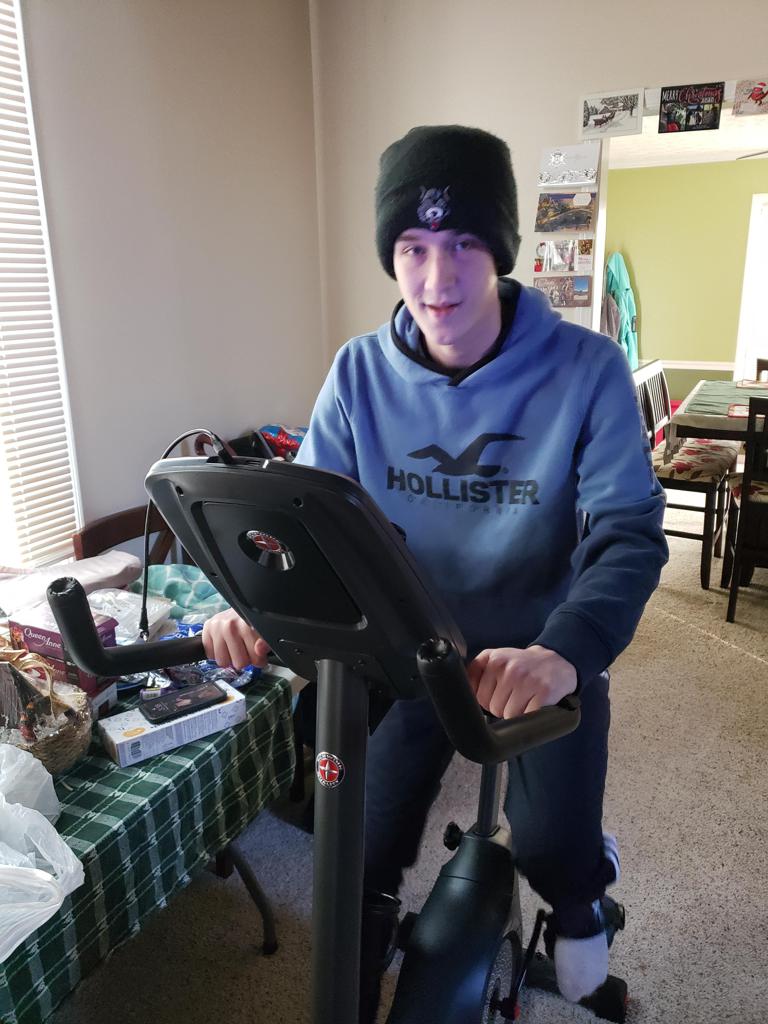