Each player turned heads both on the ice and off the ice, exemplifying the idea of being a 'student-athlete.' Whether it was community service hours, or additional time spent studying, each individual set themselves apart from the rest.

"This is our second year recognizing a group of top student-athletes, and I believe it truly shows how dedicated our players are both on and off the ice," said Mark Kumpel, the league's Director of Hockey Operations. "Our organizations are helping these players grow as young men, and much of this growth takes place away from the rink. Of course what takes place on the ice is important, but all the college coaches also ask about what takes place when our guys aren't playing hockey. The college coaches are looking for players who will help them win hockey games, but also earn an education while they play. These three individuals all have very bright futures ahead of them, because they are dedicated to aspects of their life other than just hockey. On behalf of the league, I would like to congratulate Wiggle, Colin, and Andreas, for all the work they put in this past year."

We wrap things up with another individual who excelled both on and off the ice. Matejka finished his first year of junior hockey with his first championship, as the New England Wolves went undefeated in the postseason on their way to winning their first EHLP title. Matejka was born and raised in the Czech Republic, and then immigrated to US when he was just nine years old.

Of his many talents, Matejka can speak four different languages, which are English, German, Russian, and Czech. Since immigrating, Matejka now resides in Georgia, and came to New Hampshire looking to take his hockey career to the next level.

At just 17 years old, Matejka has a very bright future ahead of him, which will start with the defenseman taking both the SAT and ACT tests for the first time in the near future. However, if his PSAT score of 1390 is any indication of what lies ahead, we have a good feeling he'll do well with the real thing.

Matejka is also set to return to the Wolves this upcoming season.  Looking ahead, #27 is definitely a player to keep an eye on this year in Laconia, NH 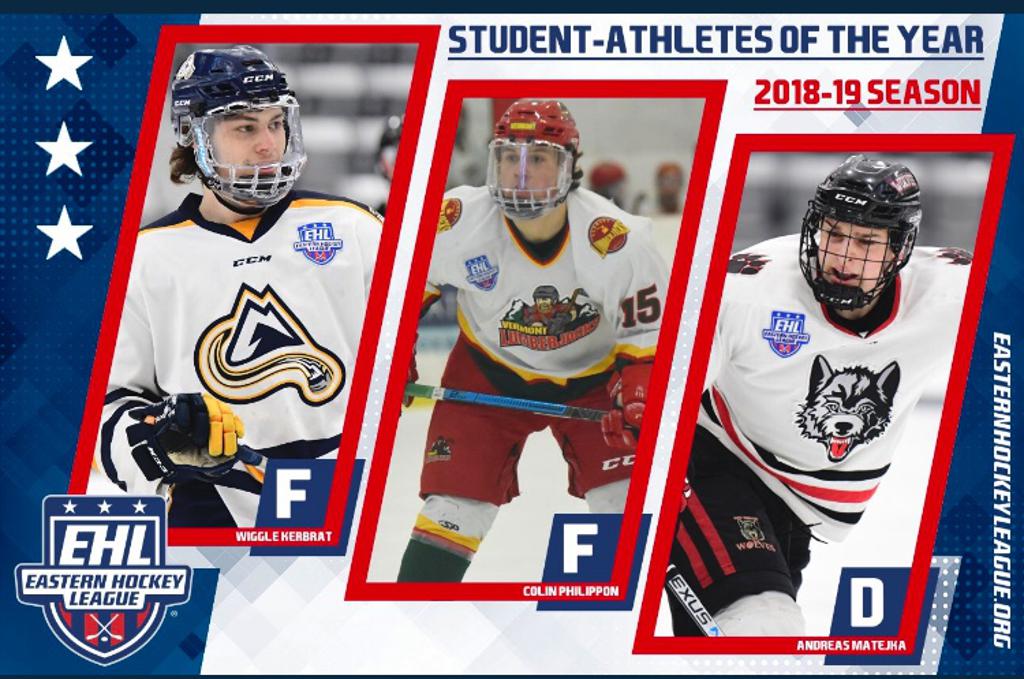