BOSTON, MA -- As we approach the end of April, it’s time to turn the page in both the Eastern Hockey League (EHL) and the Eastern Hockey League Premier (EHLP). When the 2019-20 hockey season kicks off in September, it will be the 7th year of the EHL, and the 5th year of the EHLP. In total the EHL and the EHLP will combine to send out 33 teams onto the ice this fall, with a handful of new programs that were recently approved by the USA Hockey Junior Council. Below you’ll find the complete lists for all of this year’s EHL and EHLP teams.

To go along with the NCAA Commitments, the EHL has also helped over 75 players work their way up the USA Hockey Ladder of Development to the North American Hockey League (NAHL) and the United States Hockey League (USHL). This area of advancement is also not limited to just players, as the EHL has seen a number of coaches make the jump up the ladder as well.

As for the EHLP, over 125 players have developed at this level and then made their jump up to the EHL. From there, over 60 players have advanced onto college hockey. This fall, our grand total forNCAA Commitments will climb over 1000-mark, an accomplishment achieved thanks to the hard work and dedication of all the owners, coaches, and players in the league.

Whether your next step is college hockey, or you choose to stay under the USA Hockey umbrella, the EHL and the EHLP provide all of our players with the resources to improve their game and reach that next point in their respective journeys. Every story is different, and we're ready to help you write the next chapter in yours.

Next Stop, The #Eshow 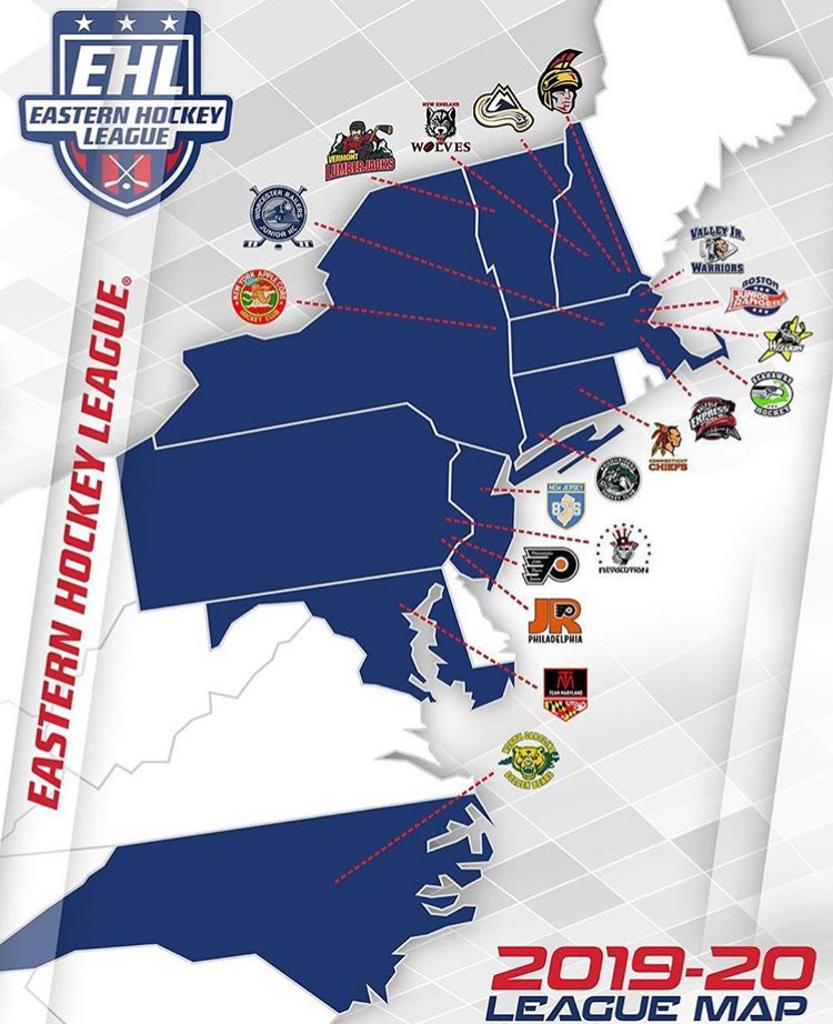